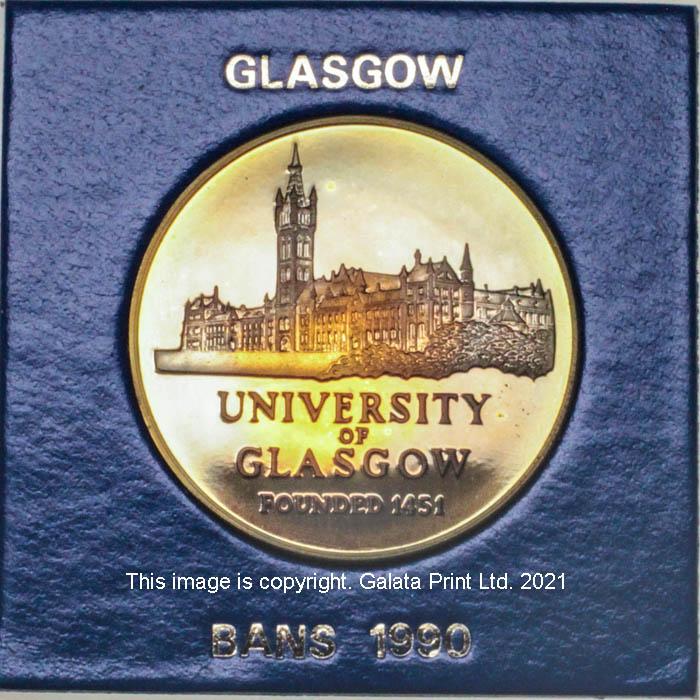 The origins of Glasgow can be traced back to 550 CE. It was placed on the River Clyde, between the Lowland and Highland regions of Scotland. Initially it was a fortified village. In 1603, after the union of the Scottish and English crowns, it developed into a modern city.

The city’s position on the river gave it access to the world. This was enhanced by the establishment of the first stone bridge over the river. However, the heyday of the Clyde as a port came to a close with the introduction of containerized freight.

One of the more notable aspects of Glasgow’s history is the role it played as a centre for trade and transportation. By the 18th century, the city had become the largest tobacco port in Great Britain. Trade routes through the Atlantic Ocean opened up new opportunities for Glasgow’s merchants to import Caribbean goods.

In 1492, Glasgow became the archbishopric of Scotland. The Scottish church was declared a special daughter of the Roman see. This was a major achievement for the Scottish church, as the Church of England was under the control of King Henry VIII.

As well as becoming an archbishopric, Glasgow was given the right to have a university. During this time, Glasgow grew rapidly. By the end of the century, Glasgow had a population of over 84,000.

Glasgow was a hub of industry, especially textiles. It was also the hub of the cotton trade. Its factories made rope and cloth.

Glasgow was founded in 1768, when a group of Scottish investors moved into the city and laid out the first streets. They soon attracted local people and immigrants from all over the country and abroad. In the late 18th century, Glasgow was considered to be the ‘City of the South’. It was also the center of the slave trade in the British West Indies.

The great growth of the city was the result of the new trade routes that opened up to the Atlantic Ocean. It was also the result of the union with England in 1707, which made trading legal. As Glasgow grew, merchants built spectacular buildings, and the town became a main destination for the import of British West Indian goods.

The 19th century saw the start of Glasgow’s industrial revolution. The city’s wealth increased westwards. It became the largest tobacco port in Great Britain. However, Glasgow was not immune to social problems. A massive influx of people created appalling slums.

Poor sanitation brought disease and high mortality rates. In 1832, cholera killed 10,000 in Scotland. Another typhus outbreak occurred in 1837 and 1847. Vaccinations slowed the spread of infectious diseases, although the smallpox epidemic in 1810 was an exception.

Glasgow’s industrial prosperity was badly shaken by World War I. During the late nineteenth and early twentieth century, the city’s fortunes were revived. Manufacturing of textiles, cotton, glass and chemicals also began to rise.

The 1950s was a time of great change for Glasgow. The city was a growing, bustling centre with new high rise complexes offering a better quality of life. These were not the old tenement slums, but spacious houses providing a home for people who wanted to leave the dirty city centre.

As the 1950s drew to an end, new generations of slum clearances were underway. Some of these were done to make way for a major motorway, while others were aimed at new towns and suburbs.

There were also some large scale slum removals in Edinburgh, which had also started in the late fifties. This was a time of tremendous population growth.

The city was also awash with disease, as many suffered from cholera outbreaks. By the 1870s, the population had risen to almost half a million.