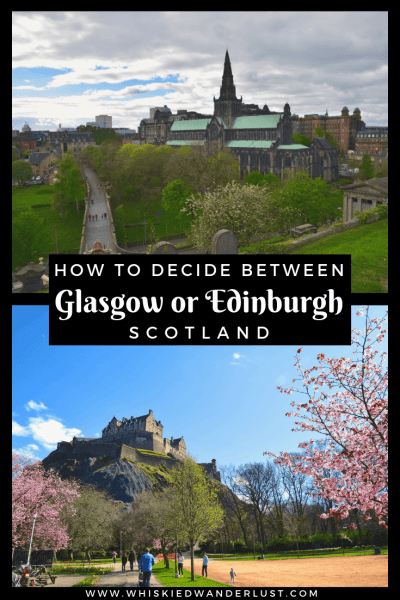 There are a number of things to do in Glasgow. You can visit the University of Glasgow or the Trossachs National Park. And if you are interested in food, there is a plethora of restaurants to choose from. The city is also home to a wide variety of museums and galleries, making it a great place to explore.

The University of Glasgow is a world-class institution. It has a long history of excellence and has fostered the talents of many famous names. This includes seven Nobel Prize winners.

The university was established in 1451. It became one of the earliest British universities, serving the growing middle class. Many of the renowned figures who taught there include writers like James Boswell and John Buchan, scientist and physician Henry Beveridge, and philosophers Thomas Reid and Dugald Stewart.

One of the most impressive aspects of the university is its location. It is located in the West End of Glasgow, just two miles from the city center.

There are two main campuses at the University of Glasgow. The University Campus, located in the up-scale West End, is an aesthetically-pleasing setting for students.

Glasgow Green is one of the oldest parks in the city. It was first granted to the residents of Glasgow in 1450 by King James II of Scotland.

Glasgow Green has hosted several major events in its long history. One of the more notable was the first anti-war rally under the Nelson Monument. In 1914, revolutionary socialist leader John Maclean held the first ever rally under the monument.

During the First World War, mass protests were held on the green. The meeting supported demands for a more representative government. Afterwards, three of the speakers were imprisoned for twelve months.

The park has also played host to many famous musicians. Michael Jackson performed here in 1992. A mural by Douglas Gordon called the Mute was commissioned in 1990. And the Big Weekend – a music festival showcasing some of the biggest acts in the world – was staged here in 2014.

In addition to the famous monuments, Glasgow Green has several other historical landmarks. This includes the People’s Palace and the Doulton Fountain.

Trossachs National Park is a Scottish national park which covers over 720 square miles/1865 sq km. The park is a popular tourist destination. In addition to the lochs and mountains, it also features wildlife, forests, rivers and lakes. There are a variety of activities available in the park.

Loch Lomond and the Trossachs has a rich history. For centuries, people have lived in the area. A number of Earls and clans were associated with the area.

When the first national park in Scotland was established in 2002, it included Loch Lomond and the Trossachs. Since then, the area has always welcomed new guests.

Loch Lomond and the Trossachs is home to a wide range of species. Ospreys, Golden Eagles, Red Squirrels, White Tailed Sea Eagles, and many other bird and animal species have made the park their home.

The park is divided into four distinct areas: Tarbet, Balloch, Cowal and Breadalbane. These areas are all connected by a road network. Several trails are open to visitors. Those interested in learning about the local habitats can visit the visitor centres located in Balmaha, Glen Finglas and Loch Venachar.

The Glasgow food scene has developed dramatically in recent years. Glasgow offers a variety of traditional Scottish dishes and ingredients, as well as a range of gourmet options.

Glasgow is also home to a lively street food scene. Most restaurants serve fresh, local produce, and many are farm-to-table. There are also many vegan eateries that double as music venues. Some even offer a pay-what-you-can price for their vegan items.

Glasgow has a growing vegan community. In recent years, a number of restaurants have developed specialty menus for those who want to eat vegan. One of the newer eateries, Ekeko Eats, is a great example. This South East Asian street food restaurant serves noodle bowls, Bao, panko crumbed chicken wings, lemongrass beef banh mi, and more. It also has a sweet selection.

Another new restaurant is On Rotation, a rotisserie restaurant with meat heavy plates. Join the queue to get in, and you’ll find it’s worth it.