Skip to content
You are here:Home-Photojournalism-Eyes On Steve McCurry Retrospective Latest!

Latest news from the world of photojournalism from Glasgow Eyes Magazine.

You can catch the latest works of Steve McCurry the legendary American photojournalist in the final day of the latest exhibition in France, it’s on until January 29.

This retrospective is a collection of sublime portraits, landscapes, and street photography taken by Steve McCurry over the last 27 years

Children and shepherds, warriors and labourers are presented alongside striking views of sandstone cities, mountainous landscapes, and ancient temples. Included in the exhibition are several unpublished images as well as images taken during his most recent trips to India and Tibet that have never before been seen.

This evocative and timeless, these lyrical images capture the enduring spirit, grandeur, and beauty of the land and people. Steve McCurry’s photographs capture human experience and transcend boundaries of language and culture.

INDIA. Rajasthan. 1996. Holi festival.
The Holi festival is also known as the festival of colours.With powder bombs exploding around him, this man is in a state of reverie as he is carried aloft through the crowd. In
form and content it is an image of intense fervour and excitement. 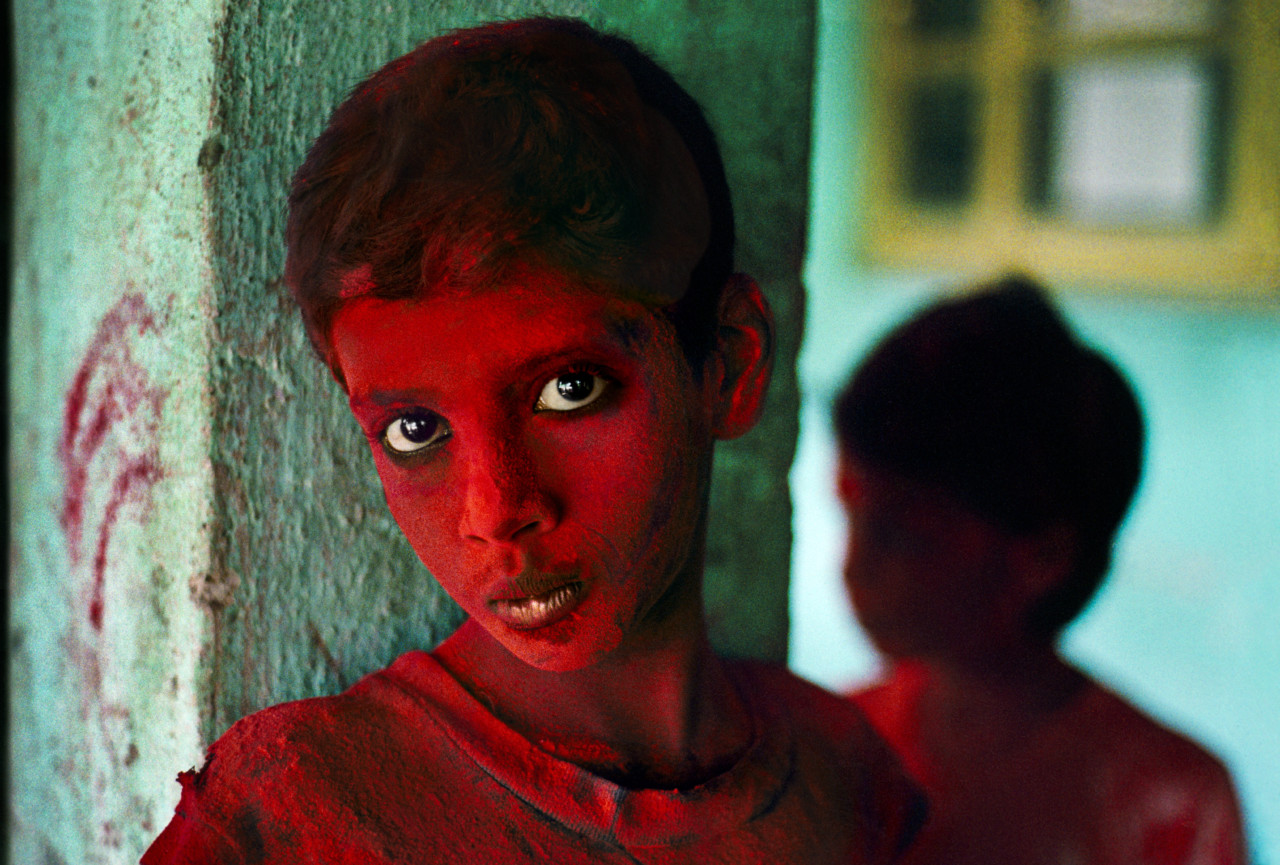 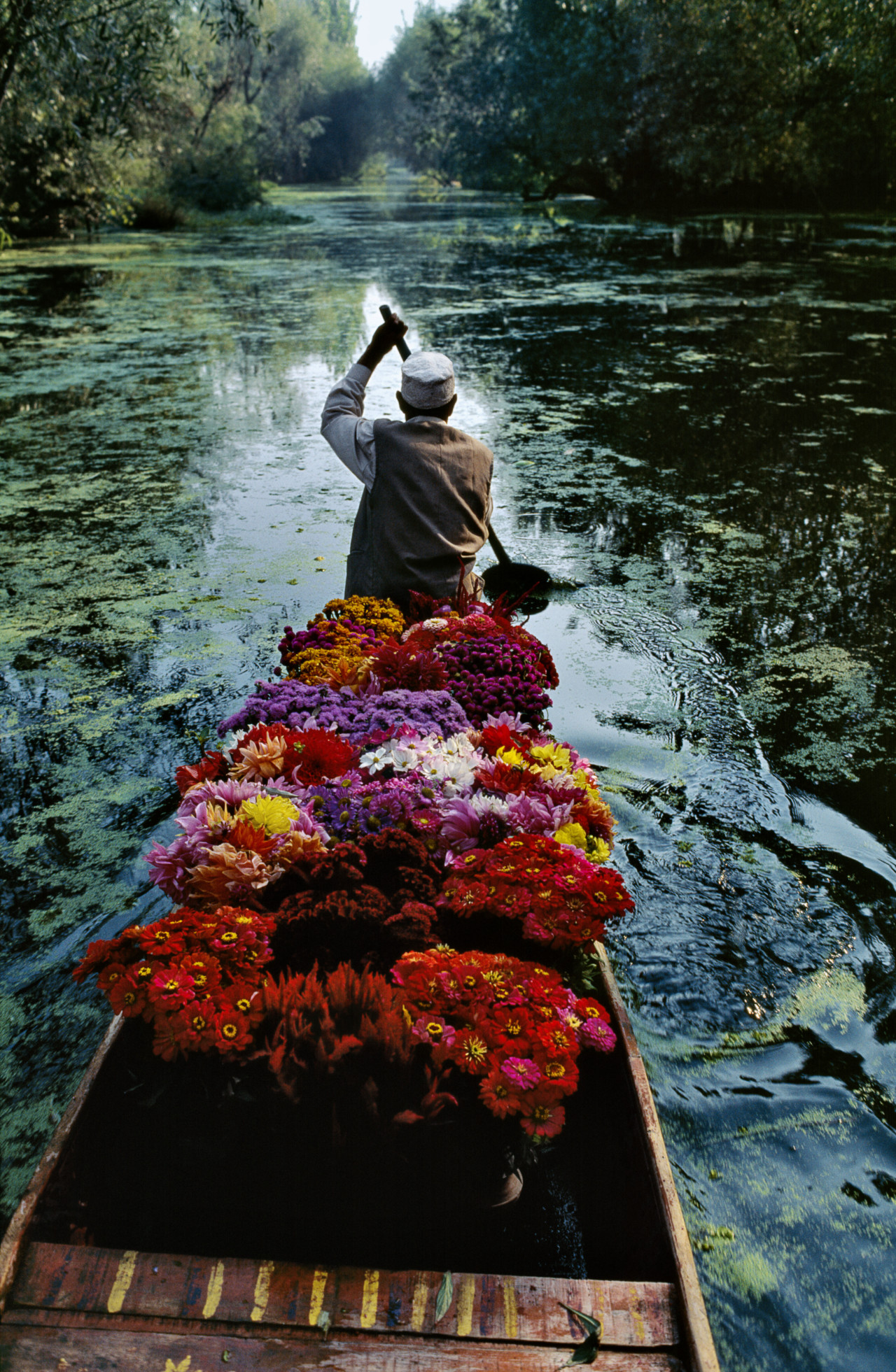 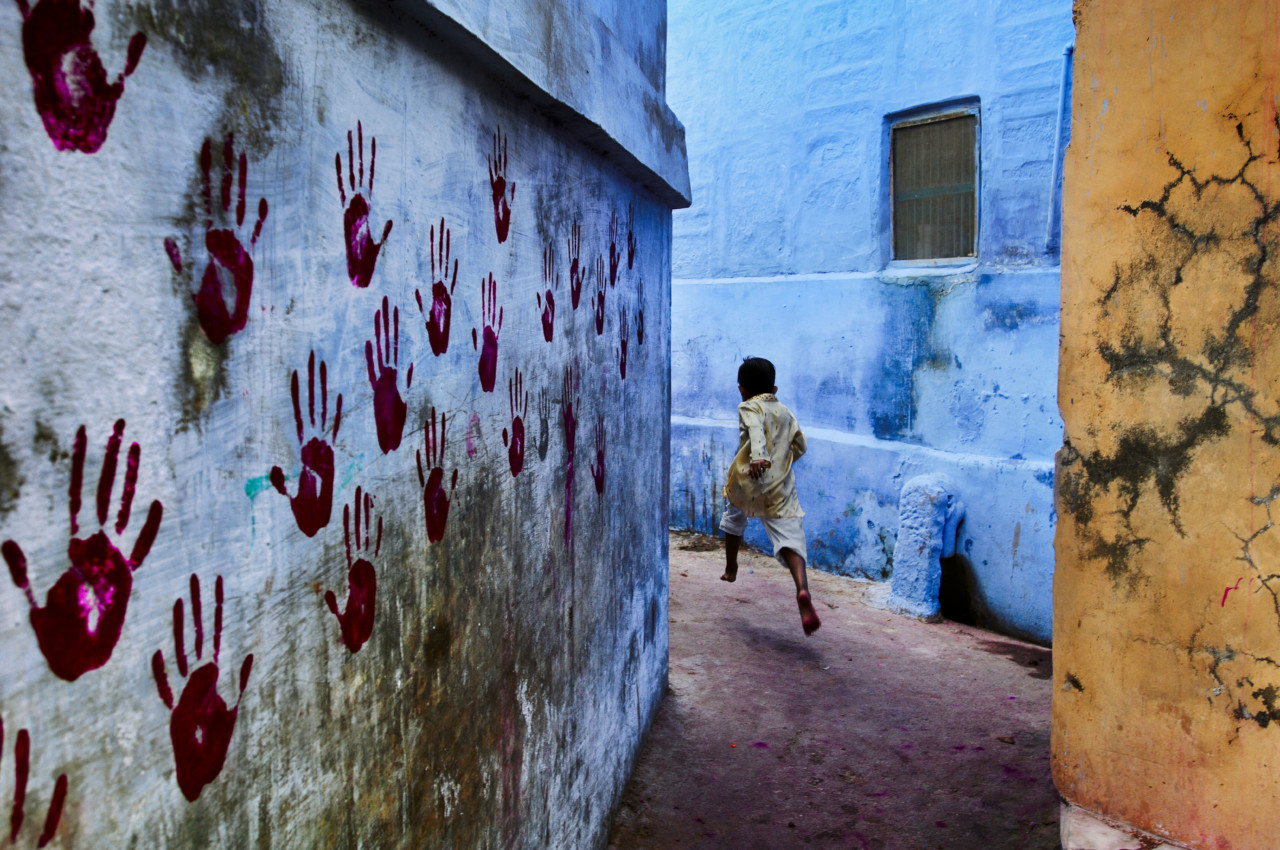 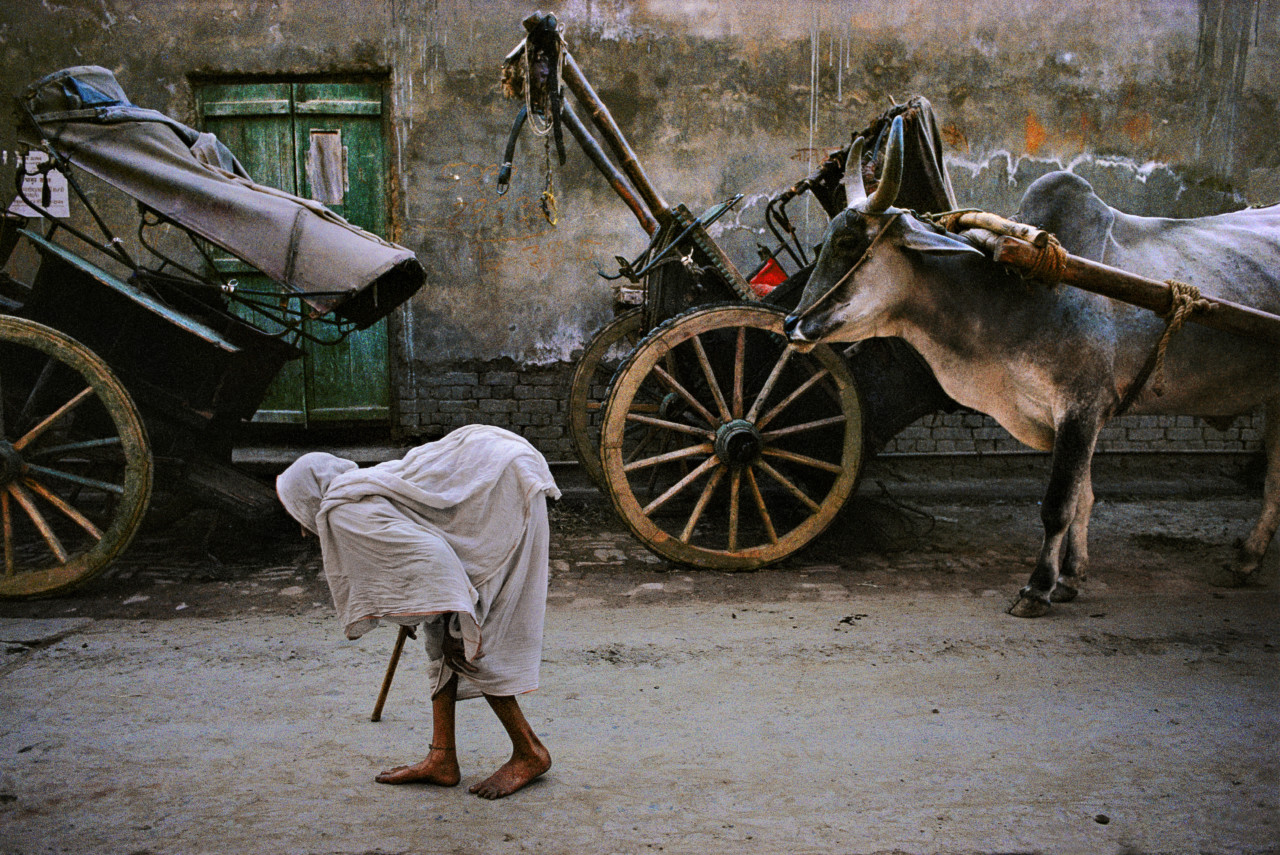 About the Author: Eyes Magazine